Maura Murray
Maura's life and disappearance has drawn interest from around the world, growing a community that is not only focused on Maura, but also dedicated to finding her and bringing her home. These are the articles, news stories, and media programs that have helped tell Maura's story and the journey of family and friends to find her.
Press.  To request interviews please email:  mauramurraypress@gmail.com

MAURA IN THE NEWS
​

Mind Over Murder [Podcast] - January 30, 2023
Engage with Empathy Campaign with Julie Murray
​Julie Murray, victim advocate and sister of Maura Murray sits down with "Mind Over Murder" podcast hosts Bill Thomas and Kristin Dilley to discuss her "Engage with Empathy" true crime campaign, the upcoming February anniversary of her sister's missing persons case, and the life lessons she has learned in the 19 years since her younger sibling went missing in the woods of New Hampshire.
WCVB (Boston) News - January 19, 2023
New billboards to raise awareness in case of missing UMass student Maura Murray​
Mass Live - January 18, 2023
Missing Maura Murray billboards to raise awareness in Massachusetts
The Murray family believes “someone knows something” about what happened to Maura Murray, who went missing in 2004. And in February, 19 years after she went missing, billboards will help raise awareness in Massachusetts. “We firmly believe someone knows something and hope the exposure with the billboards will help towards resolution,” the family said in a statement on their website.

Mashable - December 30, 2022
The best true crime TikTok accounts of 2022: From podcasters to victim advocacy, these TikTokkers get it right.
"Maura Murray Missing" is the TikTok account of Julie Murray, whose sister, Maura, disappeared in 2004 and has been the subject of podcasts, documentaries, and wild amounts of speculation, but it still remains unsolved. Julie answers questions about her sister's case, but her TikTok also offers a glimpse into what it's like to have your loved one vanish and stay vanished. It means living amidst rumors and victim-blaming, and coping with being at the center of one of the most publicized true crime cases in recent history. 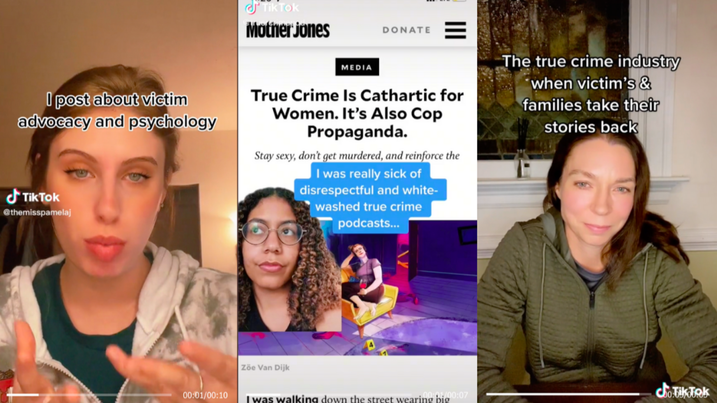 Julie Murray (right) has amassed 229,000 followers in 12 months on the Maura Murray Missing TikTok account by talking case details, search updates, and what it's like living amidst rumors and victim-blaming by true crime obsessives.
True Consequences [Podcast] - September 24, 2022
Bringing the Victim Back into Focus
Podcast Host and Producer Eric Carter-Landin moderates a panel discussion with Julie Murray and Mariah Day at the True Crime Podcast Festival for an important discussion on what it's like being a family member in the true crime space.
The Independent - August 11, 2022
True crime is America’s guilty pleasure. Victims, families, and even killers have some words of warning
“It’s become people’s pastime,” Ms. [Julie] Murray tells The Independent. “I mean, there’s people out there that do this case on Reddit or wherever, other forums, all day and all night. It’s a dark obsession, and it’s exploitative ... there’s no bounds to what they say, nothing is off limits. I mean, Maura has been completely humiliated and dehumanized all over the internet, and her 21-year-old decision-making skills have been plastered all over the internet."

She says her sister has become “voiceless,” prompting her own efforts to speak in Maura’s absence - including about the ethics of true crime content and “the victims and families left behind in the wake of these tragedies."
​"It’s like trauma piled on top of trauma ... it’s at a point where the true crime community is just ruthless, and they sideline ethics for dramatic effects, and everything is sensationalized." 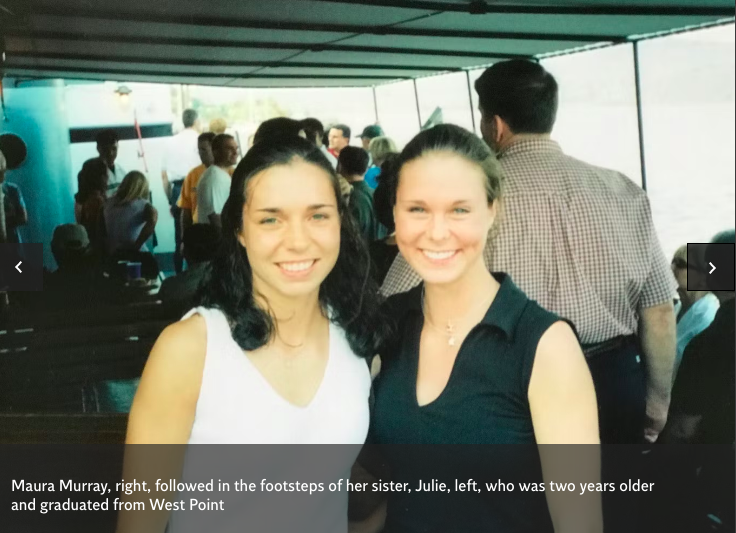 NewsNation - July 20, 2022
‘First crime mystery of the social media age’ still unsolved
“Out of the blue, New Hampshire conducted a massive search for my sister Maura, not far from where she disappeared in 2004,” sister Julie Murray said. “My family’s encouraged. I’m in constant communication with law enforcement, and I will update when I can. But this is big.”
The Independent - July 20, 2022
Missing Maura Murray’s Sister Speaks After New Search
Julie Murray [Maura's sister] is proactive on social media, including TikTok, tapping into resources that didn’t even exist when her sister was last seen. “The biggest way to help not only my case, but other cases of missing people, is to continue to spread awareness – because I believe that there's somebody out there that knows something,” Ms Murray says. “And either they haven't said it yet, or they don't even know that what they know is significant.
WCVB (Boston) News - July 13, 2022
​'Encouraging for my family:' Sister reacts to new Maura Murray search
Fox News - July 13, 2022
New Hampshire AG announces new search in cold case disappearance of UMass student Maura Murray
N.H. investigators announced a large-scale search along a mountainous stretch of road in the cold case search for Maura Murray, a UMass nursing student who went missing after a single-car crash on a snowy night in 2004.

"This area, Landaff and Easton, is about 5 miles from where Maura’s car was found," Julie Murray told Fox News. "And it's in the easterly direction, the direction she was headed. The other encouraging point is the fact that this was the focal point of a very early search back in May of 2004 from a local tip that stated a local saw a ‘young person running or moving quickly’ along that stretch of road. So for all of those reasons, this is really encouraging news from her family. "
WMUR (Manchester) - July 13, 2022
​Investigators to conduct ground search off Route 112 in connection with Maura Murray’s disappearance
A ground search is being conducted in connection with the 2004 disappearance of a UMass college student, officials with the New Hampshire attorney general’s office announced on Wednesday. The search in connection with the Maura Murray investigation will be conducted off Rt 112 in Landaff and Easton, N.H.
WCVB (Boston) News - June 15, 2022
2004 missing person case involving Massachusetts woman goes national - Maura Murray disappearance focus of new series on Very Local streaming channel
5 Investigates spoke with Maura's sister about the new episode out today on a new series called "Hometown Tragedy" that's featuring the case. It will appear on WCVB's streaming channel, Very Local, and take an in-depth look at Maura Murray's disappearance.

Maura's case is widely discussed by internet sleuths who research into the case from the comfort of their own homes which is helpful in keeping the cold case active, but often time leads to baseless claims and opinions. "It's a double-edged sword because you've got these people filling in and making up a story based on very limited factual information and then what's happened over the years is that Maura's been turned into a character.  People lose sight that it's a real person and we're a real family and we're not characters in a story."
WATD 95.9 News & Talk Radio - September 15, 2021
Family of Maura Murray Waiting for Answers after Bone Fragments Found Near Loon Mountain
Christine James spoke with Maura’s sister, Julie Murray about the situation - listen below.
Fox 25 News (Boston) - September 14, 2021
Missing UMass Amherst student Maura Murray’s family hopeful after human remains found in N.H.
“This is so close to the accident scene and would have been on her route, if she was going to the Conway/Bartlett area. Although we don’t know where she was headed. This was on the way,” Julie Murray said. “My family and I have spent time at Loon. Maura’s been to Loon. So, it’s definitely a familiar area. This one sits a little different with my family and I.”
The Caledonian Record - September 14, 2021
Maura Murray Family Reaches Out To Police After Discovery Of Human Bone Fragments
​“If these bone fragments belong to a human, they deserve to be correctly identified, their relatives properly notified, and cause of death determined,” Julie Murray said in a statement. “I have reached out to law enforcement for additional details and am awaiting their response.” 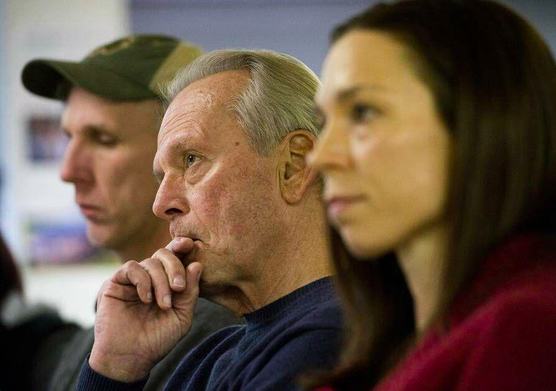